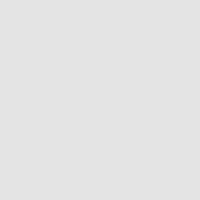 Expert opinion on alkalizing the organism

Sang Whang is an American scientist who is analyzing the effect of alkali and acid balance on the acidity of the body and has collaborated in numerous studies on modern nutrition conducted by the University of California. “In another era people used to consume 35 % meat and 65 % vegetables. So, the consumption of alkaline substances, like potassium and sodium, was three or four times higher than now. The amount of potassium ions in the meal decreased from 250 to 70 mg / day, and sodium ions from 220 to 50 mg / day. When we don't get enough alkaline substances, we can't completely neutralize the accumulated acids. And here is the result: premature aging of our organism and sadly "rejuvenation" of diseases. "

The conclusions of Dr. Frasetto and her team:

“Modern nutrition lacks hydrocarbonate precursors and anions that produce hydrocarbonates during metabolism. Therefore, the share of pure acids in modern nutrition is too large. ” This causes negative results such as blood pressure, kidney attacks, nitrogen deficiency in the kidney, protein degeneration in muscle tissues.

Sang Whang described the results of this phenomenon as follows: “The older we get, the more acidic radicals we have (H +) and less hydrocarbonates (HCO3-), which causes organism acidosis over the years. This makes us assume that aging is caused by the acidity of the organism, seeing it as an inevitable fact of life. But I see the accumulation of acids as the main cause of physiological aging. Therefore, I argue that the decrease in accumulated acids is physiological rejuvenation. In addition, the decrease in acids can help avoid all these types of degenerative diseases. ”

After doing a study of 1000 patients (aged between 18 and 97 years), Drs. Lynda Frasetto and Anthony Sebastian confirmed the above-mentioned fact:

"The accumulation of acid waste accelerates aging, and it is also the cause of most physiological disorders and degenerative diseases." (Frasetto & Sebastian, University of California "Evolution of Diet and Aging").

In 1933 Dr. William Howard Hay published the innovative book "A New Era of Health." There he says that the cause of all diseases is the self-oxidation of the organism (intoxication) due to the accumulation of acids: "Now we get worse in health by consuming so much food that increases acidity ... As strange as all diseases seem despite their different types of expression are the same ”.

In general, Dr. Theodore A. Baroody in his great book "Alkalize or Die" states the same thing: "The different names of diseases mean nothing. The most important thing is that the main cause is the same, too much acid waste in the tissues. ”

Dr. Susan Lark, university reader and author of "Chemistry of Success" says: "Four to six glasses of alkaline water per day will help neutralize the high acidity of the body. Alkaline water should be used when the body creates too much acidity, for example, with colds, flu or bronchitis. Alkaline water acts as an antioxidant in the same way as vitamins C and E. This helps prevent health problems. ”

The author of the book “The Acid Alkaline Balance Diet” Felicia Drury Kliment confirms what is necessary to get rid of acid waste: “After studying the results of hundreds of cases carefully, I am convinced that the toxicity caused by acid waste It is the main reason for degenerative diseases. Unfortunately, the importance of acid waste disposal in order to normalize the functions of organs is shaded by the predominant obsession with using dietary supplements. Alkaline water helps the body eliminate acid waste. ”

The author of the book "The Tao of Detoxification" Daniel Reid, states that alkaline water is very effective for the neutralization and cleaning of all toxins and acids that are exuded by tissue fluids, this also helps to hydrate the body by moisture and keeps blood alkaline.

The author of the book "Youthing" Harald Tietze says that if alkaline water is consumed, as a result, the level of acid waste can be reduced to the level of a much younger person's organism. And this restores, revives the functions of the organs, that is, reduces the march of aging.

Dr. Walter Irlacher conducted studies by phase contrast microscopy on the effect of alkaline water on the composition of blood and in the treatment of diseases that were caused or complicated by the increased acidity of the organism. His studies in Germany caused a real sensation.

According to the testimony of the scientist Dr. Dina Aschbach there have been very promising results of clinical research that were carried out at the Berlin Clinic "on studies of activated solutions and their practical application". The results included information on the effect of alkaline water on type I and II diabetes treatments. The need for medicines in case of type I diabetes decreased by 35% and in case of type II diabetes up to 70%. The amount of glucose in the blood after the consumption of alkaline water for 4-6 weeks decreased accordingly and in three months, at the end of the treatment, the amount of glucose had decreased an average of 25.7% in the case of type diabetes I and in the case of type II diabetes 32.8%.